The Third Gender of India

Renouncing their Marriage.
Near the Kali Temple is a trident . In a final act of despondency the Mourners cut their Thalis tied at their mock wedding the previous evening, and throw them on the trident; renouncing their marriage , they then go down to the village irrigation tanks to bath one more . and change from their colourful wedding saris to "white", a colour of mourning among Hindus, proclaiming their new status as widows at the Koovagam Festival . Koovagam, Kallakurichi district, Tamil Nadu, India 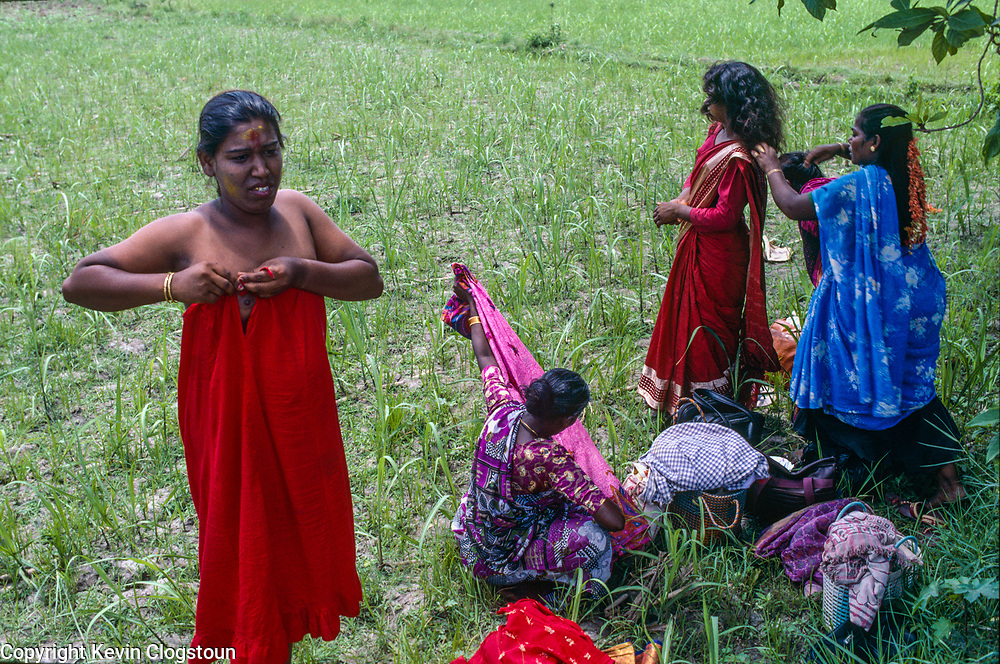